I haven't noticed my times getting faster, or the distances feeling easier, but I think I am getting better at this running lark.

What makes me think that? I'm recovering more quickly after a run.

Don't get me wrong - I still arrive back at the house beetroot red, gasping for breath and sweating so much I leave a trail of slime across the kitchen floor, but these days it's only a couple of minutes before I'm feeling normal again. When I started out I had to sit down for five to ten minutes with a large glass of iced water before I could get my breath back and hobble into another room. My legs generally ached for several hours afterwards, and I stayed a fetching crimson colour for at least an hour.

Today I ran 3.75km, grabbed a quick drink and headed back out again to pick up my daughter. I felt pretty much normal just two minutes after finishing my run, and my legs no longer hurt after running.

It may not be slashing minutes off my time, but 'll take every sign of improvement I can get.

Just for the fun of it, here's how I look immediately before and immediately after a run. (Not pretty. Sorry.) 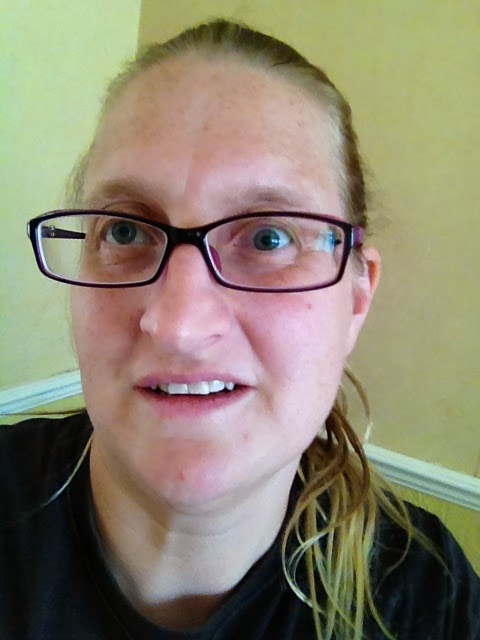 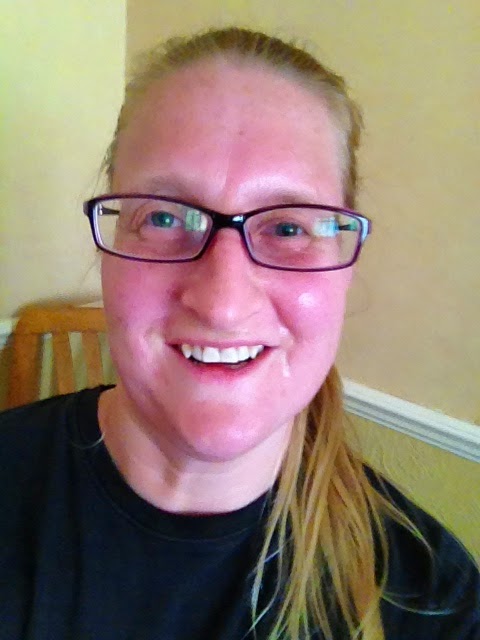 Posted by Anna Buttimore at 09:53 No comments: 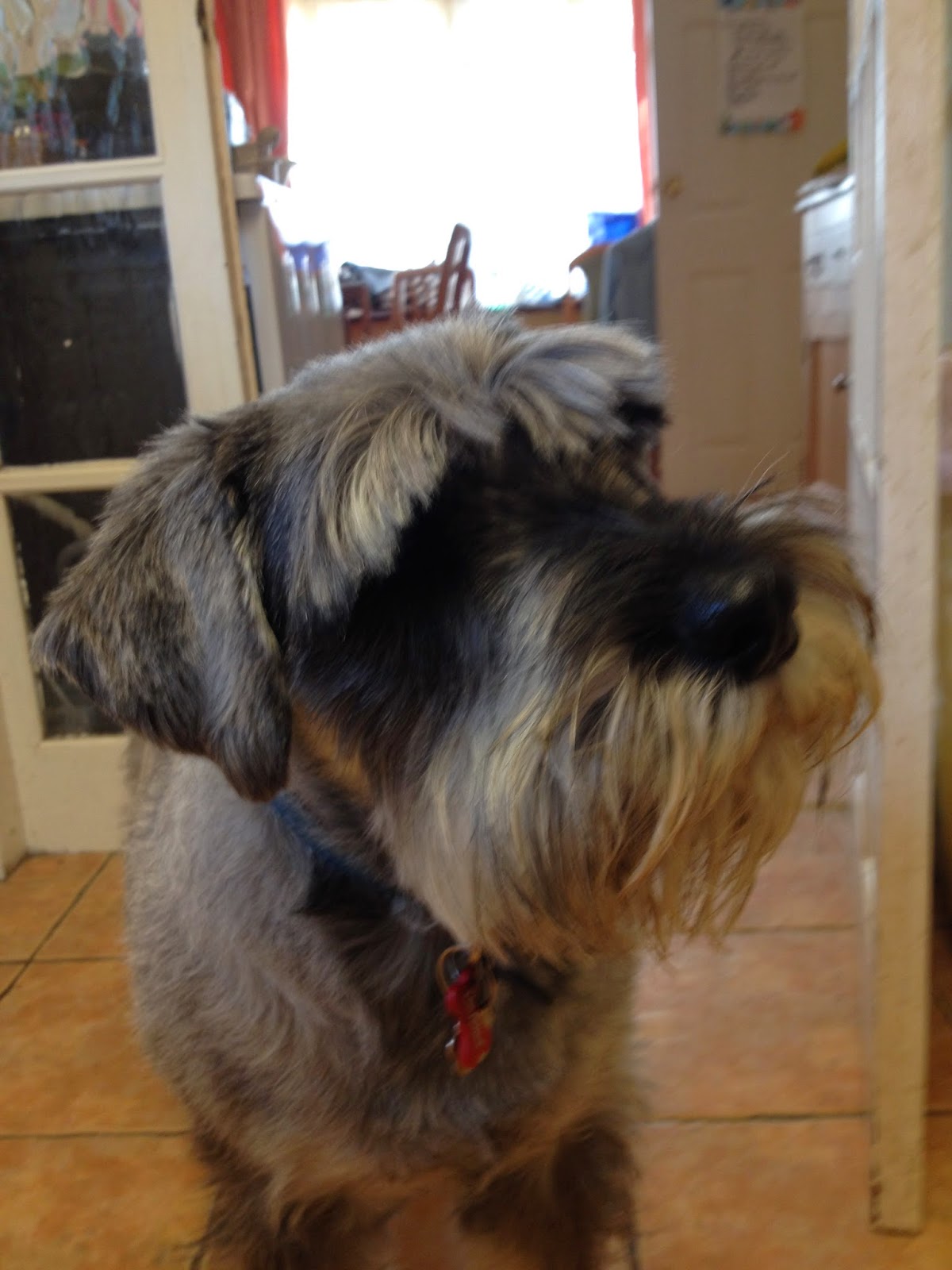 Today was an enforced rest day. My Couch to 5k app insists that I don't run every day, so I chose instead to go for a very long walk with my sweet little standard Schnauzer, Oscar. We strolled around Thundersley, enjoyed the sunshine, probably walked about three miles in total and hopefully that counts as enough exercise for the purposes of Juneathon.

When I first started running, I tried taking Oscar with me. Inspired by pictures like this one, I thought it would be fun to have him trotting along at my heels.

Big mistake. I had to stop every time he wanted a wee (he's a male dog, so every couple of minutes) or a poop (at least twice each outing). Add to that stopping suddenly every time we passed any sort of discarded edible, or interesting smell. He's a stocky and strong dog, so he would comically pull me up short as he threw all his weight into standing still. And when he saw a squirrel...well, put it this way, I may have to learn to run up trees.

But the most fun I have ever had running (and I don't enjoy running at all, yet) is when I run with Oscar. It's generally in the morning, on the way back from the school run. I wear my running gear to save time later (I only get one hour free a day) and we walk the first part while Oscar is on the lead, then I unclip his lead, and we run home. It's about ¾ mile on a wide, flat and level path, well away from the road, so it's perfect.

Oscar loves running alongside me, his little ears flapping in the breeze, his tongue lolling out. He veers off course several times, but when I call him he sprints to catch up with me. Sometimes he wanders across my path and I almost fall over him, but I just yell at him and he moves eventually. Off the lead he's a great little running buddy, and it's still the only time I enjoy running.

Posted by Anna Buttimore at 14:13 No comments: Last night I took a deep breath. And another one. It was heaven.

Let me explain. I've suffered from asthma since I was a child. I take the usual blue reliever inhaler, plus inhaled steroids twice a day to prevent an attack. When I'm going through a bad patch, I have to sit on the bed for a couple of minutes to recover from the exertion of going upstairs. I always have the sensation of never quite being able to get enough air into my lungs. You know how you feel when you get a chest cold, or a lung infection? That, but all the time.

Until last night when I found, for the first time in many years, that I could breathe in to the point where I actually felt that my lungs were full. Even typing this now I'm revelling in drawing in that wonderful delicious oxygen. My lungs currently aren't as clear as they were last night, but it's undeniable that my asthma has improved.

I'm putting this down to the exercise. I've been running for around two months now, and swimming for over a year. I'm losing weight and getting fitter, and the health benefits are starting to show.

I may not enjoy running (yet), but I really, really enjoy breathing, and I'm so happy that I can do a lot more of it now.
Posted by Anna Buttimore at 03:28 No comments:

It's a swimming day today. I like swimming much more than running, and here's why:

Posted by Anna Buttimore at 05:55 No comments:

Why Not Just Walk?

One thing I'm enjoying about Couch to 5k is that it insists on a five minute walk before I start running. I enjoy walking, especially in this sunny weather.

I read the other day that running a mile burns the same number of calories as walking a mile. In other words, I could get the same results without half killing myself. In even more other words, what's the point of trying to run 5km when I can already walk it?

Well, here are the answers:

Posted by Anna Buttimore at 05:56 No comments: 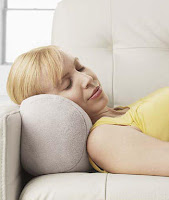 The app I use for Couch to 5K tells me quite emphatically that I should have a rest day between each running day. Well, I'm good with that, and I'm not. I'm good with it because I like resting, and I'm not because I signed up to Juneathon so I'm supposed to exercise every day in June.

Luckily, I have long been alternating my run days with swim days. I know swimming is exercise (and good exercise) rather than rest, but it's so much easier and more fun than running that I think it is still giving my running muscles a chance to heal.

Today is Sunday - the day of rest. I have three hours of church, a book club and a drive to Witham, so it's not entirely restful, but I'm trying to show willing. I won't be running today. I won't be swimming, either. I signed up to Juneathon, so I'm supposed to do exercise every day, but today's exercise will be a pleasant walk with the dog. I'm fasting today too (in our church we fast one Sunday a month and give the money we saved on meals to those who can't afford to eat) so it wouldn't be wise to try to do anything major.

So I'm going to enjoy my day of rest, such as it is, and get back to running on Monday.
Posted by Anna Buttimore at 05:33 No comments:

On Thursday night I had a flash of inspiration, and downloaded the Couch to 5k app, the one that promises that you'll go from being a non-runner to someone who can run 5k in eight weeks.

I'd heard of it before, of course. I probably dismissed it as altogether too hard, but I'm a runner now and it stuck me as a good way of actually achieving the goal I posted about last week - to be able to run 5km.

So yesterday I ran with it for the first time. Compared to what I had been doing before, it was pretty easy. I'll enjoy that while it lasts - I suspect in three weeks' time I won't be finding it easy at all. In fact, I'll probably be coming back from an exhausting, shattering, run, collapsing back onto the couch, and wondering why I'm bothering at all.

I don't enjoy running. I do it because I'm on a major weight-loss journey and running burns a lot of calories. The descriptive blurb which describes the  app says that soon I'll love running and looking forward to my runs. I doubt that. I've yet to find an exercise I enjoy more than lying on the sofa repeatedly lifting a 500g chocolate bar to my mouth.

Once I've lost the weight and achieved that 5k goal I'm going straight back to the couch.
Posted by Anna Buttimore at 07:23 No comments: